Our maps and data 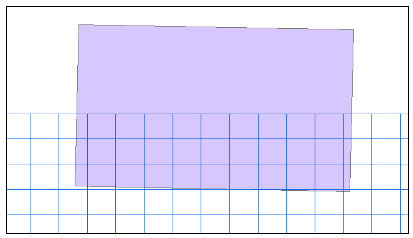 In order to overlay National Grid on to County Series one set of data needs to be re-projected. Many GIS software products cannot perform this task, so RMSI India with the assistance of Landmark Information Group Ltd and the Ordnance Survey have developed a process where by 1:10,560 or 1:2,500 County Series maps can be converted into actual National Grid tiles. The cookie cut data available for download have already undergone this processand so are in the National grid projection already.

During the scanning process, the paper of some maps has become slightly distorted, affecting the overall geometry of the map. This is especially the case with the full sheet 1:10,560 scale County Series maps. As a result, these maps are not perfect rectangles and once de-skewed there may be some loss of data and a less than perfect join when the maps are lined up. However, this category of maps is a small proportion of the total maps and the vast majority are fine.

Scanning of paper historical maps was carried out using industrial roller scanners. Each of the paper maps was scanned at a resolution of 300 dots per inch (dpi), a resolution that optimises file size with quality of line detail. The results are clear images and manageable file sizes. The 1:2500 post-war maps were scanned at a resolution of 200 dpi since these were scanned from aperture cards. For poorer quality maps increasing scanning resolution would have resulted in cleaner, crisper images but this would have meant considerably larger files. This would have made them less manageable and more costly to store, slowing the scanning team considerably.

Beyond image resolution itself, a number of factors affect the overall quality of the scanned image. In particular ingrained dust on the maps which in a small proportion of cases has resulted in dark areas. Colour on the paper maps may also have introduced similar areas. Other imperfections have occured as a result of folds and tears in the mapping on a very small number of maps.